EuroMillions is a popular lottery originating in Europe and enjoyed by players around the globe. This online lottery has 13 prize tiers with a large jackpot prize that rolls over until it’s claimed or it reaches the jackpot cap.

How to Play EuroMillions

Players win a prize if they match two or more main numbers. The jackpot prize is awarded to any player who correctly selects all five main numbers and the two Lucky Star numbers.

Players in India and around the world can join in the fun of EuroMillions by playing online. If you have not done so already, sign up for an account on a gaming website based in India that offers EuroMillions prize draws. Once you’ve done this, you should select EuroMillions, usually by clicking on a button or choosing this lottery from a drop-down list.

You will be presented with a number selector grid, which allows you to manually choose your lucky numbers. Remember to choose five main numbers and two Lucky Star numbers. Alternatively, you can choose Quick Pick and receive a random selection of numbers. Once you’re happy with your selection, you can confirm your choices and enter the EuroMillions draw.

EuroMillions is drawn every Tuesday and Friday night in Paris at 8 p.m. Central European Time. These draw times are equivalent to noon on Wednesday and Saturday in India.

A standard EuroMillions ticket costs 2.50 Euro, £2.50, or 3.50 Swiss francs per line. This is equivalent to roughly 195 rupees per line. Most lottery outlets allow you to play several lines of numbers on each ticket and purchase multiple tickets for each draw.

EuroMillions offers SuperDraws a few times each year. These special lottery draws have guaranteed jackpots of 100 million Euros, or approximately 7.9 billion rupees, although they may climb much higher. SuperDraws reset the EuroMillions jackpot to a new higher level. If the SuperDraw jackpot prize isn’t won, the new higher jackpot rolls over to the next draw. 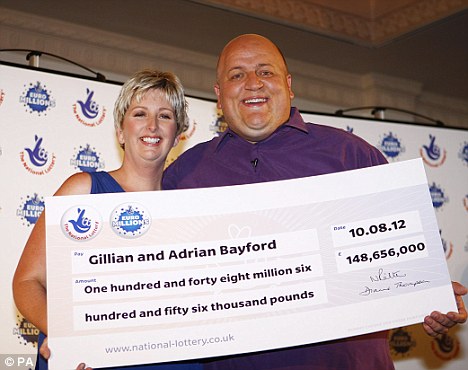 The EuroMillions jackpot never dips below 17 million Euro, or approximately 1.3 billion rupees. If the jackpot is unclaimed, it rolls over and increases to a maximum value of 190 million Euro, or approximately 14.5 billion rupees. The jackpot can stay at this maximum cap amount for five consecutive draws. If the maximum jackpot prize is still unclaimed at the end of the five-week period, the prize is distributed among all winning players in the next prize tier down.

Several lucky players have taken home the largest possible EuroMillions jackpot of 190 million Euro, which is big even compared to SuperEnaLotto and Powerball. Adrian and Gillian Bayford were the first lucky winners in August 2012. An unnamed ticket holder in Castelo Branco, Portugal, repeated the feat in October 2014. October must be a lucky month, as another unnamed ticket holder from Gran Canaria in Spain also took home the big 190 million Euro prize in October 2017.

EuroMillions prizes are paid in a lump sum. Players based in India will receive their prize automatically in their online gaming accounts. If you’re a lucky winner, you will receive an email or text message alert at your registered email address or mobile number shortly after the draw takes place. Simply log on to your account to see your prize money.

You can choose to use your winnings to buy more tickets for EuroMillions or another lottery. Alternatively, you can withdraw your prize using your chosen payout option. Payout options can vary from gaming website to gaming website. Most lottery websites let you transfer your prize to a registered bank account or major credit card, including a Visa or MasterCard. You may also be able to transfer your winnings to an e-wallet such as Neteller.

However, the Indian government imposes taxes on all lottery winnings like Sikkim State lotteries, including those won in international lotteries. As per Section 194B of the Income Tax Act, 1961, websites serving the Indian market should collect 30 percent of lottery prizes exceeding 10,000 rupees within a single calendar year as tax deducted at source (TDS). You should also declare your winnings when preparing your tax statement as “income from other sources,” as you may be taxed further under India’s income tax laws depending on your annual earnings and the amount of your prizes.

The odds of winning the major EuroMillions jackpot are relatively small, with players having a 1 in 139,838,160 chance of taking home the biggest prize. However, with 13 prize tiers, there is a much better chance you’ll win some money. The odds of winning the smallest prize, awarded by matching two main numbers, is just 1 in 22.

Is Euromillions Legit or Scam?

Over the decades EuroMillions has become one of the most trusted lottery brands in Europe and the United Kingdom. It is a legitimate lottery drawn under strict conditions, so it offers players in India a fair chance to win big prizes. 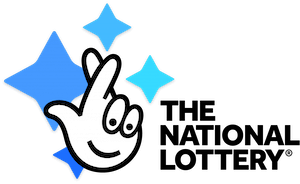 Online players in India enjoy extra protection not afforded to people who play offline through the United Kingdom and Europe. Credible online lottery websites in India employ high-tech security measures which protect their players and their EuroMillions tickets. Offline players could easily lose their tickets, have them stolen, or have them destroyed or seriously damaged. Should any of these things occur, they are unable to claim their prize. Online players have their tickets stored securely in their personal accounts, so they are always available when they need them.

Reputable online lottery websites in India automatically check their players’ numbers and alert them whether they’ve won a prize. The prize is instantly added to the player’s account. There’s no chance of missing the prize draw or failing to redeem the prize within the set time limit. Your favourite lottery website is always looking out for you to ensure you never miss a winning opportunity.

However, conducting thorough research is crucial as some lottery websites are not as reputable as others. Unscrupulous lottery websites may trade off the good name of EuroMillions to scam players for money. Look for websites with legitimate gambling licenses, online security measures, and positive ratings and reviews from other players.

At its inception, EuroMillions welcomed players from the United Kingdom, Spain, and France. By October 2004, EuroMillions had spread to Austria, Ireland, Belgium, Luxembourg, Portugal, and Switzerland. The rise of online gaming and lottery websites has given players around the world the chance to join in the fun of EuroMillions. 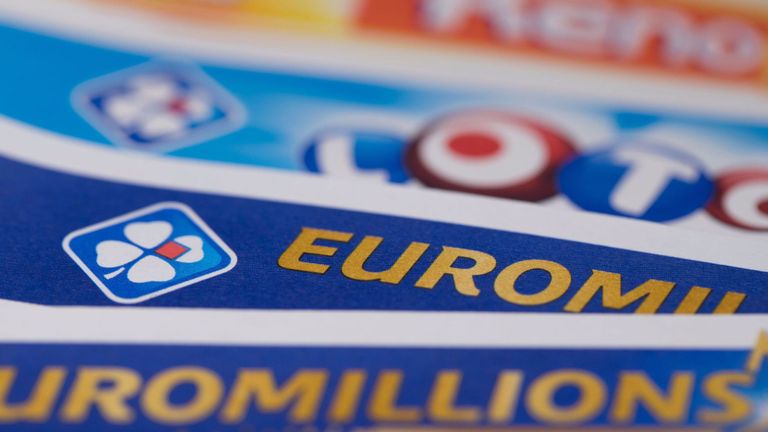 Initially players were asked to select five main numbers, ranging from 1 to 50, and two Lucky Star numbers, ranging from 1 to 9. They could participate in a single draw each Thursday (Central European Time). In May 2011, EuroMillions added a Tuesday (Central European Time) draw. It also increased the number of Lucky Star options from 9 to 11 and introduced a new prize for matching two main numbers without any Lucky Star numbers. In September 2016, EuroMillions increased the number of Lucky Star options again to the present 12.

With decades of experience, EuroMillions has built a reputation as one of the most trusted lotteries on the planet. Gameplay is very clear and intuitive, and its straightforward rules and regulations should give players around the world peace of mind. Since it’s run by three different lottery organizations based throughout Europe and the United Kingdom, there’s also an extra layer of protection not afforded to lotteries with a single regulatory body.

EuroMillions is a great option for lottery fans in India wanting to play for big jackpots and prizes. While not everyone will win the big jackpots, there are enough different prize tiers to give players a great chance of taking home some money.

Question: Who can play EuroMillions?

Question: When can I buy EuroMillions tickets?

Answer: Tickets are available from most outlets until 7 p.m. Central European Time, or 11 a.m. Indian Standard Time, on the day of each EuroMillions draw. That is one hour before the draw takes place.

Answer: That all depends on the website that’s selling your EuroMillions tickets. However, many lottery outlets let you select your lucky numbers up to four weeks in advance.

Question: When will I know whether I’ve won a prize in EuroMillions?

Answer: The results of each EuroMillions draw are published on the EuroMillions website and other sites covering the lottery shortly after the draw time. Usually you’ll see the results within one hour, but it may take several hours under some circumstances, especially for SuperDraws and other large jackpot draws. Websites in India offering EuroMillions try to publish the results of each draw in a timely fashion. They also typically alert players who’ve won prizes, no matter how big or how small, of their good fortune. If you’re a lucky winner, you can expect to receive a text message or email advising you of the draw’s results shortly after they’re published.

Question: How long do I have to claim a EuroMillions prize?

Answer: All EuroMillions prizes must be claimed within 180 days of the prize draw. This time limit is something offline players in Europe and the United Kingdom must be very mindful of, as they could forfeit a big prize if they don’t act quickly enough. Once 180 days passes, EuroMillions donates the unclaimed prize money to charity.

However, players in India needn’t worry about the EuroMillions time limit. The websites Indian lottery enthusiasts use automatically check EuroMillions numbers and claim the prizes for their members. If you’re a lucky winner your prize will simply hit your account, without you needing to go through the redemption process.

Question: Will everyone know if I’ve won a major EuroMillions lottery prize?

Answer: Not if you don’t want them to! EuroMillions understands that some winners would rather protect their privacy. Winners are always welcome to claim their money anonymously and keep their names out of the headlines.

Answer: EuroMillions runs SuperDraws several times a year, at various times. A SuperDraw may run to commemorate a public holiday or celebrate a special milestone in EuroMillions history. SuperDraws take the place of regular EuroMillions draws.

Question: Can I increase my chances of winning a EuroMillions jackpot?

Answer: EuroMillions is a lottery of chance. All numbers have an equal chance of being drawn, so you’ve got just as much chance of winning the big prize as anyone else.

However, picking numbers higher than 31 reduces your risk of sharing a jackpot win. Many people are superstitious about birthdates, so if your higher numbers come up they’re more likely to be unique to you.